Hair Spider Web TechniqueSpider Web aesthetic is a non-surgical facelift, rejuvenation and reformation procedure. Thin lines, formed due to gravity and age, tend to get deeper because of bad weather conditions, unhealthy nutritional habits and frequent weight gain and loss.

Sign up for our plastic surgery newsletter
Please Wait 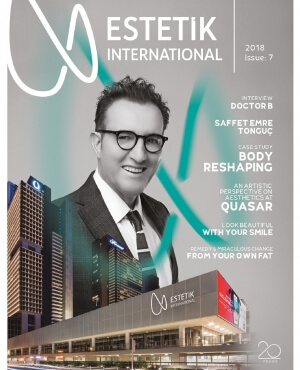 What is Eye Lid Aesthetics?

In addition to being such a mobile area, the eye area also has the most sensitive texture and is most effectively exposed to sunlight.In addition to all these problems, problems that are related to age also start to develop in the eyes, eyelids, foreheads and under eyes.

Why is eyelid aesthetic required?

The eye and the eye area is the area where the person focuses while listening someone. Eye lids is one of the areas we observe the most while looking at mirror during our daily routine. We notice signs of aging in the eye and we feel unhappy because of the intense, sad and sleepy image that develops with age. This situation, which is caused by the loss of form of the eyelids, changes our vision and tired and unhappy expression reduces the aesthetic appearance of the face. Gender, race and age cause the eye area anatomy to vary.

The structures around the eye vary considerably among people with different genders and races. The size of the eye area also differs between men and women. In women, the eyebrow and eyelid are higher and more arched, and the eyelid line is less obvious when compared with men. In men, the eyebrows are more protruding, and the eyelid line is closer to the eyelid margin. Racially, Asian and Far Eastern people have a completely different eye and eyelid shape. All this information should be used by specialist surgeons in order to create eye and circumference line suitable for anatomy.

What does eyelid aesthetic cover?

At Estetik International clinics, we consider eyelid aesthetics as a whole. Possible problems in the eye and its surrounding area should be overcome not only by correcting a point, but also by eliminating all the wear and tear that occurs.It is possible to have a vivid and fresh look as desired.The most common problems in eye area aesthetics can be summarized as ptosis in eye lids, goose foot, under-eye bags and collapse between cheek and under eye. All these problems can be removed in eye area aesthetics. All of these things are not merely an aesthetic point of view but also beneficial to health.Because of the ptosis due to sagging of eye lid or under-eye bags, the visual angle may deteriorate and this may trigger a secondary health problem such as headache.

Who can have Eye Lid Aesthetics?

The upper and lower eyelids are formed by deep deformation which loosens due to aging and they sag in the direction of the fat extension.The reason why eyelid aesthetics is so widespread to overcome this problem is the fact that this problem is removed especially in facial rejuvenation practices, which gives the patient a look of fatigue and eye bags.The "hooded" appearance on the upper eyelids is caused by the stretching of the eyelid skin.The most common complaints for the lower eyelid are swelling or under eye bags.All these problems can be solved within the scope of Blepharoplasty, in other words, eyelid aesthetics.Those who have all these problems can have eyelid aesthetics.In some patients, although age is not the primary problem, these eyelid flaws can occur due to genetic reasons, even though they are still middle-aged and even young.In young or middle-aged patients, eyelid aesthetics can be performed to create a relaxed and vibrant eye surrounding form.

How is Eye area Aesthetics made?

Within the eye area aesthetic, the sagittal upper eyelid that defects with the vision of the patient is first interfered with laser technology, and the skin causing the patient's vision problem is removed.At the same time, a younger and fresher look replaces tired and sullen expression.
Under eye bags pull the lower eyelid down, which causes both the problem of seeing from the point of view of health and the expression of an older and unhappy expression.Removal of under eye bags is one of the most difficult and most important operations in the world.As the area is structurally very delicate, any incision made will result in a long recovery period and, in addition, redness and bruising. For this reason, at Estetik International clinics, we utilize laser technology through micro-inlets from the lower eyelid lower eyelash to vaporize the existing wens. As a result of this, our patients recover without the problem of redness or bruises.

Another issue related with eye area aesthetics is the ptosis of eyebrows.The eyebrows start to fall because of a pull that is caused by the sagging of the eyelids and the forehead losing form over time.The ptosis and wrinkle of eyebrows is prevented by hanging the eyebrow without a thread and without any laceration.

In addition, we apply Cihantimur Fat Transfer to the sunken line that results with the separation of lower eyelid from cheek due to saggy cheeks because of gravity.

After the operation, the patient recovers within 3-4 days and with the image around the eyes, he/she starts to look fresher and more confident.

We apply eyelid aesthetics without surgery in 3 stages by using laser. First, we lower the eyebrow with the micro-instruments on the hairy area just above the forehead and hang the eyebrows upwards.By this, the weight on the perimeter of the eye lifts up and the wrinkles, sagging and poorness are also getting better. Eyelid aesthetic without surgery, which lasts for an average of 15 minutes with local anesthesia, is a procedure with no laceration and does not involve risks or complications of dressing or possible surgery. Patient can immediately engage in social life.The thread we use is a permanent medical device for lifetime, and it is harmonious to the tissue and the patient will begin to age with new condition.It is very hard to return to previous state.

The second stage is the removal of eye lid bags, which is one of the most important problems.This type of operation, which we call as lower eyelid aesthetic, is applied to a region with the most difficult structure due to the sensitivity of the shadow and has a lot of difficulties in terms of the patient's recovery process.As there is lymph tissue in this region which passes below the eyelash, if the operation is carried out, the recovery process is expected to last between 3 weeks to 3 months.It also has the highest complication rates.It contains risks which are very hard to fix and not possible to restitute in case of any problems.Therefore, in these operations, known as under-eye bags or lower eyelid aesthetics, we take the formed fat pad that causes under-eye bagging with a 5-millimeter point micro-operation just below the lower eyelashes in order to avoid the risks we have mentioned above and not to cause any problems for the patient.

In Eye Lid Aesthetics with Laser, we use the laser to remove the excessive sagging skin tissue that begins from the end of eyelashes in lower eye lid and from the oval line that occurs when we open the eye at upper eye lid.In a sense, we vaporize the excess skin tissue there.
We apply Cihantimur Fat Transfer, on cheek that is sunk due to gravity, which causes the lower eyelid to be separated from the side after this procedure which is applied without any incision. After all these operations, the patient recovers within 3-4 days and starts looking at the world again with a younger perspective.

All of the tissues around the eye have a structure that ensures the young look.Innovative applications in eyelid aesthetics appeared with new developments in aesthetics.We can now give satisfactory answers to the questions related with new techniques, and people have a more positive approach to eye area aesthetic.In this direction, we have developed new techniques in order to bring comfort to the patient in terms of eye lid aesthetics without any surgery.

Customer services where you can get clear and all-encompassing feedback. Spider Web Aesthetic, Organic Hair Transplantaion, Cihantimur’s Fat Transfer System, Simple Nose Aesthetic, Trigger Finger’s treatment without Operation… And many more. All these applications and techniques are the result of a clinic-wide focus on promoting the comfort, quality, and humanity of every patient’s needs and wants. We always aim to be the best in the industry, pulling out all the stops to maintain this stature.

Estetik International, which was founded with the utmost attention– the name itself even took one year to be decided on– in 1999, today experiences the pride of being a branded health group with superb results all while also serving internationally.

•  No laceration is made
•  Laser technology is used
•  The loss of visual angle, that occurs due to sagging skin, is fixed
•  Sagging upper eyelid that causes headache is reshaped
•  A fresh and younger vision is ensured
•  Fast recovery
•  Minimal complication risk

Advantages of removal of under eye bags

We covered the Prominent Ear Operation with Laser operation on the previous page, Click to learn about the details

What is Eye Lid Aesthetics?

Am I a suitable candidate for eyelid aesthetics?

Suitable candidates for eyelid aesthetics are healthy men and women who are disturbed by signs of aging of the upper and / or lower eyelids.Eyelid aesthetics may not be suitable for individuals with other visual problems such as chronic rupture of the eye, dry eye, ptosis which can negatively affect the recovery process.

Who are suitable for upper eyelid aesthetics?

Upper blepharoplasty candidates include individuals with upper eyelid descending due to excessive involvement in the upper eyelids.Female patients often say they cannot even apply makeup along the upper eyelid.In extreme cases, peripheral vision loss may occur, which is caused by extreme sagging over the lid.

How do I know if I need eyelid aesthetic or eyebrow lift?

Your doctor will need to thoroughly evaluate your eyebrow position during consultation.The weights on the upper eyelid may indeed be a result of excessive eyelid skin, in which case the upper eyelid aesthetic is appropriate.The weight caused by the sagging of the eyebrows will require eyebrow lift.

Who is a good candidate for lower eyelid aesthetics?

Lower blepharoplasty candidates are those who have unwanted bags or swellings along the lower eyelids.These patients usually complain about the appearance of dark shadows or dark circles beneath their eyes.These abnormalities are typically a consequence of the aging process, ie, the under-eye fat, skin looseness, muscle weakness, and engraving between the lower eyelid and the cheek as a result of aging.One or more of these findings are usually present in lower eyelid patients.

How is Eyelid Aesthetics made?

For both upper and lower eyelid aesthetics, the patient's eyelids are marked carefully while the patient stands.This ensures that the eyelid skin, muscle and fat are properly positioned and the amount of change to be determined.For upper blepharoplasty, an incision is made in the natural eyelid of the upper eyelid.In most cases, the underlying oricularis muscle will be reshaped conservatively by removing a very narrow muscle band or by shaping the muscle with a bipolar cautery instrument.Also, excessice upper eyelid fat is removed rigorously.Thin stitches are made.For the lower eyelid, a hidden incision is made along the inner surface of the eyelid.Excess fat is removed with careful surgical technique and the incision is closed with absorbable suture.
Another option is to make an incision just below the eyelashes, which widen to the natural skin rim on the edge of the eye.Excess fat is removed and muscle is typically lifted and pressed.Excess skin is removed and the incision is closed with very thin stitches.A narrower, more uniform lower eyelid is the intended result.
Patients exposed to excessive shadowing due to loss of tissue volume between the eyelid and the cheek will have tremendous results with fat transfer combined with lower eyelid aesthetics.This will help to arrange the transition from lower lid to cheek.